Monday, the Bambu Labs X1-Carbon was dropped off at my door.

I've been a terrain printing beast all week.

Previously I've been using a Prusa MK3S+ and have it pretty well setup to give excellent prints. The Carbon... well It's fast, but has issues.

I've had to do a lot of little test prints to figure stuff out. Also, some of the printer features don't work correctly right now and are being worked on. The software is still being improved upon as well, and that's good as it needs work. Really, its just the usual early adopter shit to deal with that has become the norm.

I think, for the money.. it's going to be worth it once all the bugs get worked out and the software is improved upon.

The new P1P that just did pre orders on Friday... I would have rather ordered that than the Carbon as I really only print PLA and don't need a lot of the extra shit the Carbon can do for the price.

Overall I really like the printer. My Zone Mortalis build is going to get printed a lot faster now with this and the Prusa running.

So I cranked out another FDM print. Learning stuff about the x1 carbon and their slicer. Playing with the different filaments I have and such.

This is basically stock settings, and made of about 30ish parts. Lots of different configurations you can make from the kit. 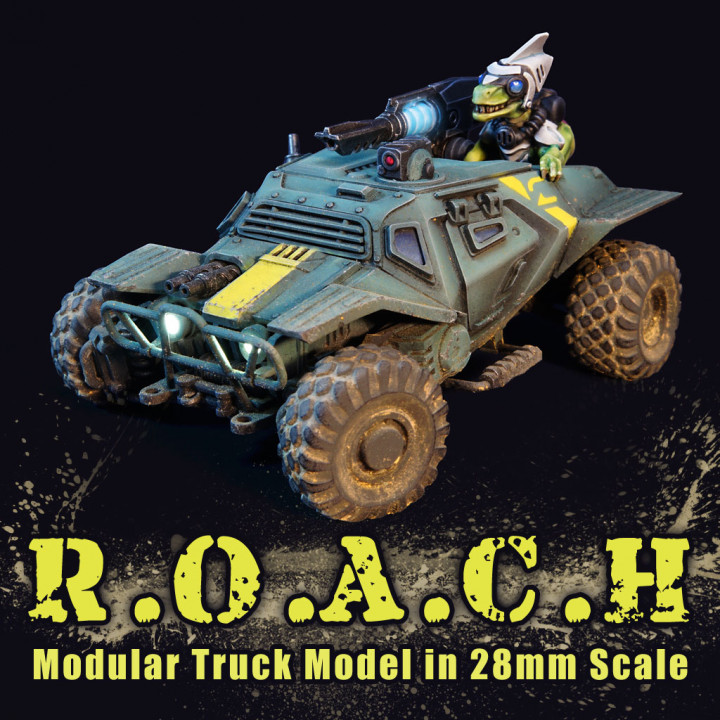 The Recon/Offense Adaptable Configuration Harrier, or ROACH for short, is a light military vehicle utilised across the galaxy in many variants, from combat vehicles to cargo or pickup trucks. It can even be found in civilian use, on frontier planets and in difficult terrain, or just with those...

I didn't do a very good job putting it together as I was mostly just printing bits in different brand filaments for testing. I assembled it before painting, not a good idea. Should be built in sub assemblies. As it was just something to play around with I painted it with craft paints just to get some color on it. So far I'm impressed with the printer. Needs more dirt and grime.
That came out very well for FDM.

I got into it a few years ago. Started with Orkz, but only had a small army before switching to Necrons.

been doing some printing this week.

Old school D&D fans may know that this is supposed to be.