If you like cool shooty car games and get a chance, check out the old Games Workshop game "Dark Future". That had some amazing figures. Gaslands kind of reminds me of that game somewhat. Also, there was an old MB boardgame, "Thunder Road". Check that one out too.

I have been saving up little cars of all sorts for years thinking I would do some kind of game with them someday. With 3D printing, it's super tempting to try doing a hotwheels scale or maybe smaller like 15mm game of "Gorkamorka".

That was fun, painted three of the four cars. Gonna take a bit more time on the fourth car. Kitbashing Gaslands cars is too fun. I gotta get back to painting minis lol. Well, I've spent most of my free time the last week learning to do stuff in Blender and 3D Builder.

Did up some bases for my BFG ships. Here is one of my test bases. I think I need to make some changes to it, like make it a bit thicker for the rod to poke into. There is a magnet under the rod and I may move that off center. Well, I'm not very good at it yet. I mostly just have been using it to do the text. I was watching some youtube videos on using it. the basic stuff isn't really hard once you start to understand it, but it is not very intuitive. The biggest Issue I found was that the program seems to change things between versions and a lot of the video tutorials were outdated and commands and features were in different menus or had different hotkeys.

3D builder is pretty easy to use but super limited. It's good for making baisc edits to existing models and sticking things together.

Finally started painting my Frostgrave warband. I am really enjoying the Army Painter speed paints. Got like 9 guys almost knocked out in a short afternoon. I’d keep painting but it’s too hot lol.

what is that ship for? looks great

Officially Battlefleet Gothic is no longer being supported by Games Workshop. However, there really hasn't been a better time to get into the game. It has started picking up and is being played at conventions more than ever it seems like.

The original ships, being all out of print are going for stupid prices, but there are several third party makers selling physical sculpts that really fit into the theme and make good proxy ships. Also, there is an abundance of 3D sculpts for almost everything for the game, with a wide range of designs.

There is a updated fan play tested rule set that has been getting regular version releases and tweaks. Also, a 30K version of the rules is out as well. Many ship classes that were never officially in the original game but appeared in the fiction have been given rules and play tested into the game now.

As for the ships themselves, one of the nice things is that the in universe fiction is such that two of the exact same class ship can look very different depending on what world they were produced from so you can do a lot of mix and match with different makers to have some variety to your fleet. With 3D printing, it's pretty easy to make custom bits and such to do even more with your ships. Such as putting a custom bridge or prow onto a ship, changing the weapon load out, or add faction themed bits.

I've been thinking of getting rid of my original ships and just going full 3D printed. Most of the ones I am using now are from 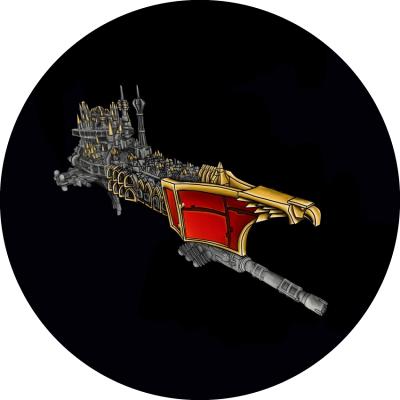 <p>Hello! Soul Forge Studio is a collaboration between johnthewarlock and Danny_Cyanide. We discovered that we share common interests in model making and have teamed up to bring you some very fine detailed objects for your galactic battles. Come join us!</p> - Soul Forge Studio @SoulForgeStudio 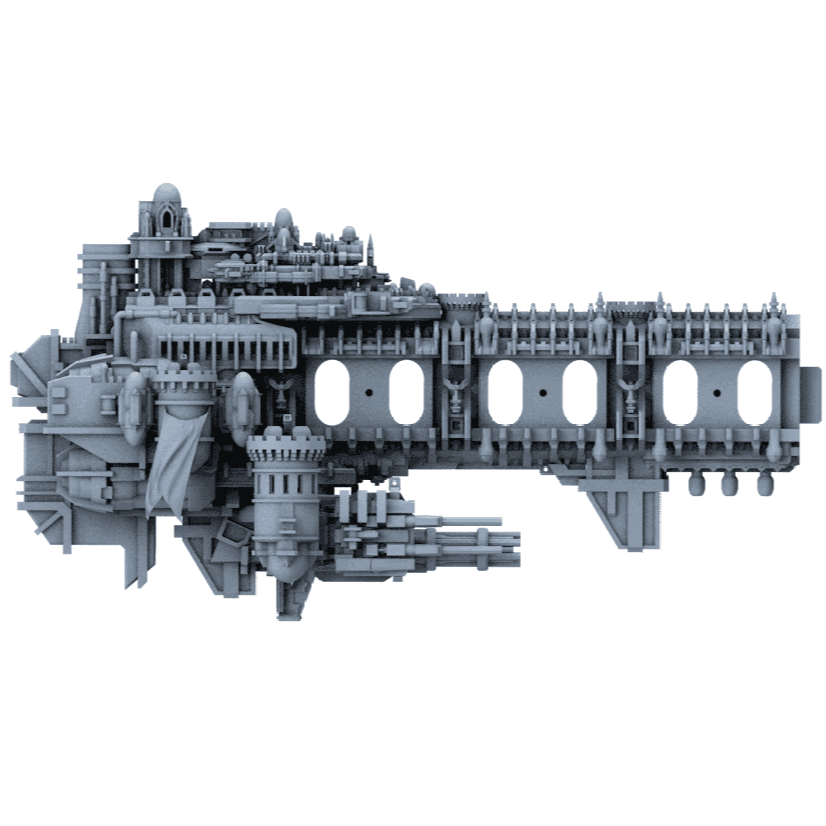 We sell ships of gothic design that is part of our Battlefleet Galaxy range. Discover a new line of Imperial BFG ships!

Here is another base I did up to try out, on my super dusty table. Been to Warhammer World in Nottingham last tuesday, went through the exhibtion.

Took a lot of pictures, its really a lot of stuff in there, but the most impressive is the battle for angelus prime:
(excuse the guerilla style camera work, you're not supposed to film in there and there's CCTV everywhere, imagine getting kicked out of warhammer world because of filming)

This thing is massive. The light keeps changing as you can see in the pictures.

Anyone ever play any Heroscape? Hasbro pulse has launched a campaign to fund a re-boot with the original game designer https://hasbropulse.com/products/heroscape-age-of-annihilation-vanguard-edition

I am a fan of the original and hope this one fully funds. Though I hate the figures are not pre-painted, the new sculpts look pretty nice

The idea that Hasbro needs to crowdfund is ludicrous.

Lagduf said:
The idea that Hasbro needs to crowdfund is ludicrous.
Click to expand...

I dunno. People have been begging for a HeroScape reprint, yet it's not preselling. Main complaint is it costs more, yet it's been a decade since it was on the market. Both plastic, shipping, and production costs are way different. They may have dodged some massive inventory issues by going this route. That, or they learned what the market will bear with regards to pricing of Heroscape.

Isn’t that what marketing research is for?

Heroscape is one of the few games I regret selling. Especially since I bought it in like ‘05 when they were getting discounted at Wal-Mart.

The price is a lot higher I think the people expected. Guess Chinese manufacturing has gone up in cost in two decades lol.

Yes I agree it seems like the lack of painted figures and the price is putting many people off. I am shocked it is not doing better- many of the mini's throwback to the old series and the stretch goal figures (modern versions of classic figures) look amazing. Someone on the Heroscapers forums broke down the cost and if you compare pieces from this set to and equal amount of figures and expansions from the original, the price is basically the same.

I owned Heroscape when it launched but never played it then. I was considering selling my set until I found a huge figure lot at GoodWill a few years ago and became hooked. I do hope this one makes the goal

Back to the 3D printer. Been doing some terrain for a Zone Mortalis type build. FDM? Where’d you get the tiles and wall stls? Looks good!

Lagduf said:
FDM? Where’d you get the tiles and wall stls? Looks good!
Click to expand...

I picked up from https://dragons.rest/

It's their Sector Fatalis set.

It will take me a while to print out enough to do a board with as I'm just doing a few bits at a time and then painting them.

i have also used Dragon's Rest. Good stuff that is designed for 3d printing.

I think all of their stuff is FDM prints but some of it may work for resin. I've not really tried. So far everything I've printed there has been no real issues with, other than the issues I made for myself. It's pretty well thought out and designed for easy printing.

My first AoS minis. This game is a Barnes and Noble exclusive in the US. I don't really understand that relationship with GW. The game is a light version of WHQ, with some good improvements to the dice allocation system from previous games. The tiles are rather lacking, but it's a beginner box. Really easy minis to paint. You could probably get away with 3 colors. I did them one at a time. About 2-4 hours each.