I usually avoid this stuff since its usually crappy indie games - yeah i went there. This time around though THQ are offering 7 pretty decent titles. You pay as little as much as you want and you can donate it all to charity.

pretty good deal if i do say so. You need Steam and Windows to take advantage of this of course.

the deal is good for another 13 days or so. Theres lots of talk about THQ's imminent demise, maybe this is their way to drum up some cash?

Sold. I wonder if they'll add a sweetener game or two like they usually do midway in?

Windows only this time around, enjoyed it before when the games worked on Linux. Will still get this set though as I love Saints Row and have not played part 3 yet.

Company of Heroes is a stellar game.
C

Lagduf said:
Company of Heroes is a stellar game.
Click to expand...


Lagduf seal of approval? Might have to check it out

Man i rarely fire up my pc these days. those are some great games not sure if ill play any of them again, but to add them to my steam account for cheap would be pretty sweet.
saint row 3rd is worth the price alone imo and im not usually into open world type games.


If you like RTS games you'll enjoy this, particularly because this one is more tactical than other game. Movement really matters, and since it's about WW2 it has an element of capturing ground. Only through controlling areas of the map can you gain resources. Quite enjoyable.

If you've enjoyed Relic's Warhammer 40K RTS games you'll probably enjoy this. I think it's the best of their RTS games because it's so much more tactical than the others.

OrochiEddie said:
but....I don't want to play any of those games....
Click to expand...

Not even for 1 dollar? (granted you don't get Saints Row 3)

Bit OT but.. Does anyone remeber back in the 16 bit days that THQ were a totally crappy developer? They were one of the early companies to adopt the shovelware approach to gaming and somehow they survived.
V

+1 for metro and saints row being worth your 6 bucks.


lantus360 said:
I usually avoid this stuff since its usually crappy indie games - yeah i went there.
Click to expand...

not sure how you can be a member of a site like this and not love at least some of those crappy indie games.

I paid a dollar.

Sent from my SCH-I535 using Tapatalk 2

Lagduf said:
I paid a dollar.
Click to expand...

Saints Row 3 is Boss! But I already had it. I put down $6 and gave my extra copy away.

I feel bad for THQ.


It's an awesome game... Fun to just mess with even if you don't intend to play it all the way through. It's pretty impossible not to have fun with that game

was never really interested in any of the above games, but hey I had 8 bucks stagnating in my paypal for ages, if I can give money to charity and get some games I might enjoy later to boot, sounds like a good choice.

thanks for the heads up
J

theMot: I still think THQ sucks. Anyone remember when they called them selfs "Toy Headquarters" before it was shortened? Some of the worst ports ever made back in the SNES and Genesis days! I owned this gem of a port myself... 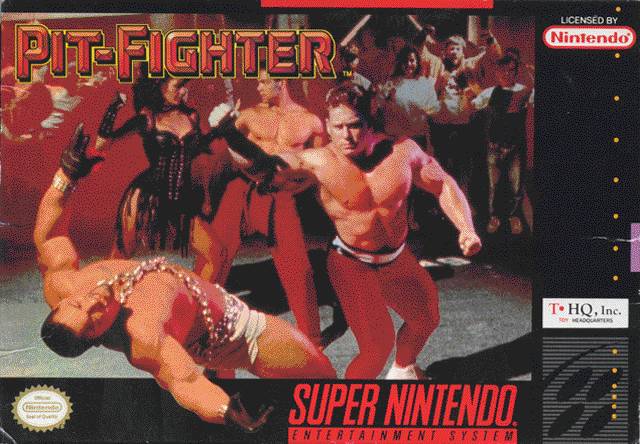 Same here. I can't think of any good titles they made during the 16 bit era.

THQ these days appears to be a publisher, rather than a developer.

Company of Heroes is a game by Relic - not sure if THQ owns them, but it's certainly disingenuous to call CoH a "THQ" game.

Even with all the crap THQ pushed out in the 16-bit days the company still turned a profit. This is a major cause/factor in the company's current state... Jassin000 said:
Even with all the crap THQ pushed out in the 16-bit days the company still turned a profit. This is a major cause/factor in the company's current state...

Yep. One of the biggest hardware/financial blunders ever. They completely over estimated demand and made way too many. It's more of a toy, and they were marketing it as a tool. Professional artists creating art on the uDraw? Unlikely. Anyone who likes tablets already has or will get a wacom/cintiq.

Here's a video THQ made to promote the uDraw, featuring one of the best tablet artists around David Kassan.

Interestingly David and I are good friends, and a couple months ago we were having beers talking art, and I asked him if he actually ever uses the tablets he promotes. He said they give him free tablets of course and pay him a chunk of change, but he absolutely never uses it. He's been paid alot to use other tablets/programs for the iPad and recently a Sony Tablet for a Skyfall event. Anyways... if the guy who they basically use it to market it with doesn't even use it, why in the world would a casual user/child use it?