'Twas The Neo Night Before Christmas...

Longest Neck In The Game

Merry Christmas all and a happy Yule. 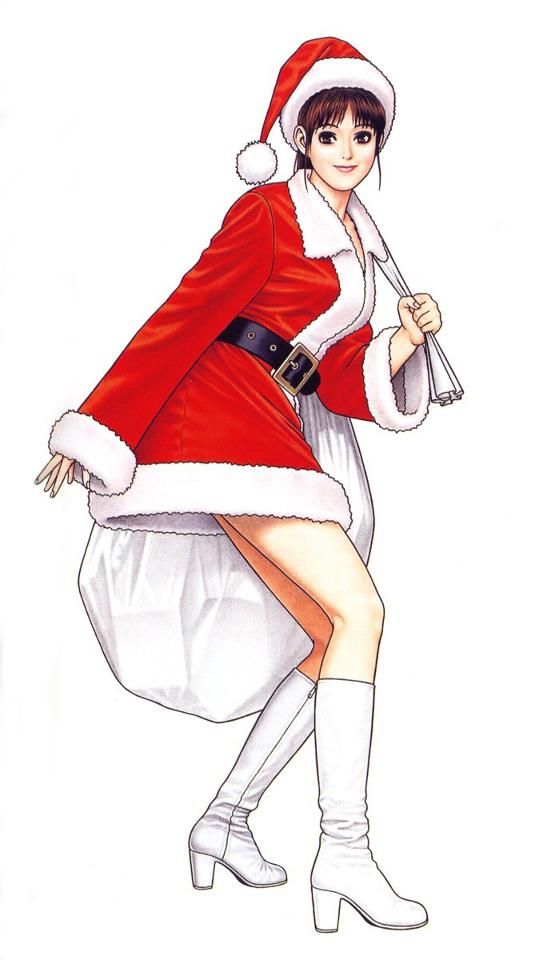 Damn, what Neo Geo game was Walter White in?

I didn't have to bump it this year? 2020 will keep being crazy until the very end.

Merry Christmas y'all! May 2021 bring you fabulous Neo tidings.

MC. You feel me

Merry Christmas everyone. Hopefully 2021 will be better.

Black IcE said:
Merry Christmas everyone. Hopefully 2021 will be better.
Click to expand...

It better be. Merry Christmas everybody!

If this isn't a welcome necrobumb.

I saw it & got all nostalgic:

BioMotor_Unitron said:
'Twas the night before Christmas, and all through the house,
Not a creature was stirring,not even a mouse.
The stockings were hung by the chimney with care,
In hopes that Saint Nicholas soon would be there.

The children were nestled all snug in their beds,
While visions of Garou 2 danced in their heads.
And mamma in her 'kerchief,and I in my cap,
Had just settled down for a long winter's nap.

When out on the lawn there arose such a clatter,
I sprang from the bed to see what was the matter.
Away to the window I flew like a flash,
Tore open the shutters and threw up the sash.

The moon on the breast of the new-fallen snow
Gave the lustre of mid-day to objects below.
When, what should appear to leave my mouth all agape,
But a queer named Chris Ray, and a hideous shaved ape!

What a hideous beast, this, so swollen and gross,
I wondered which gun of mine would harm it the most.
Then the ape spoke, amidst all this fracas,
"There are AES carts in this house, or my names not Dion Dakis!"

They slinked more than walked, 'cross the snow covered grass,
All the while with Chris sniffing at Dion's ass.
"We'll get their home carts, we'll "Officialize" them, see?"
"It'll be like a Christmas gift, from you and me!"

"And NGF too, our Official company!
SNK's never heard of us, but soon they will see!
We're worthy to work for them, at minimal pay,
Since those hookers only charge two dollars per lay!"

They stood on my porch, like some redneck elves,
I kept from laughing, in spite of myself.
They broke open the door with no skill at all,
Whilst I hid, and did not yet splatter their brains 'cross the wall.

I watched while these crooks skulked towards my game room,
Then took my gun from the closet, where it was next to the broom.
It was a Benelli 12-Gauge, it packed quite a blow,
Especially loaded, like now, with 12-Gauge Sabot.

These losers reached the game room and turned on the light,
Chris whined, "I've never seen so many games in my life!
They're stacked to the ceiling, they cover the wall!
And look at the home carts, he has almost all!"

Dion looked and he snorted, and said with a laugh,
"You don't get it, do you? Talk about a gaff!
These home carts are worthless, they're not Officialized!
We'll fix them up right, though, won't THEY be surprised!"

"We'll take these ugly Jap inserts, we'll shred them like cheese,
And replace them with ours, as nice as you please!
All pixellated and ugly, such nice looking crap!
Especially with our website printed on back!"

I'd heard enough, and the final straw,
Was when that ape Dion reached out a paw,
He reached towards the shelf to grab a home cart,
While I chambered a round, causing Chris Ray to fart.

"Oh Gawd," Chris Ray cried while he grabbed his ass and danced,
"I do believe you just made me go shit my pants!
I'm rather incontinent, can't control when I go,
I'm a bit stretched out there, seeing as I'm Dion's ho!"

"I don't care if you shit yourself, you foul little rat!
I won't allow you two to handle my home carts like that!
I like my home carts just the way that they are!
Real inserts are better than your fakes by far!"

After saying this I raised my shotgun and said,
"Unless you want to wind up in a hospital bed,
I suggest you take your hand away from that cart,
Unless you don't mind losing a body part."

Dion drew his hand back, looking guilty and shamed,
"We just want to help! How can we be blamed?
We just want the world to be Official, you see.
And you know, of course, that Neo Geo means me!"

I gestured them up the stairs with my gun.
"Now don't either of you two go and try to run.
I'm calling the cops, they'll take you two away,
To where you can be someone's bitch each night and day."

They looked at each other and shouted with glee,
"The slammer!?" they cried? "Oh, can it be?"
"We've heard of this place called prison, you know,
Where those weak like us can be someone's ho!"

I wondered at these freaks, thinking prison fun,
Whilst I picked up the phone and called Nine-One-One.
The dispatcher sent some cops right away,
While out on the lawn I made these crooks lay.

The police showed up then, and hauled them away,
They tried to leave Chris, but I would not let him stay.
Standing on my lawn, stinking of shit,
So they shoved him in the car and said, "Oh, Hell with it."

"We'll need a statement from you, sir, if you'll drop by tomorrow."
And drop by I did, much to NGF's sorrow.
Since they were caught in the act of a crime,
It was most certain they would both end up doing time.

No more fake home carts, no more fake inserts,
Thanks to the fact that both of those jerks,
Liked prison life so much that they wanted to stay,
And as far as I know, they are still there today.

That Christmas day, it was truly a joy,
For Saint Nick had home carts for each good girl and boy.
They were all real, no fake ones were left,
Not a single insert bore the smear "NGF."

And as his sleigh flew on back towards the North Pole,
Saint Nick had completed his delivery goal.
We all heard his cry as he flew out of sight,
"Neo Geo for all, and to all a good night!"

[This message has been edited by BioMotor_Unitron (edited December 25, 2000).]
Click to expand...

I can't believe it.

How have all you crazy funsters been?

Hope your having a great holiday despite, you know, the world being turned upside down & inside out & all.


That illustration is (as Fran would say) tops!
I want a poster of that.

Back to being the one bumping this!
S

Fuck Christmas and all of you.