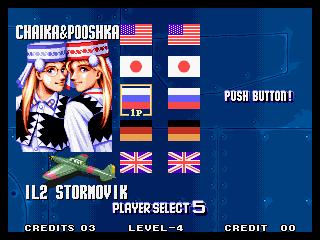 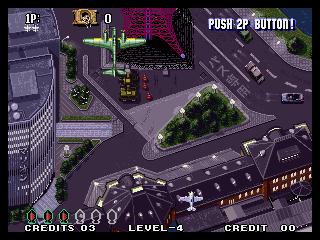 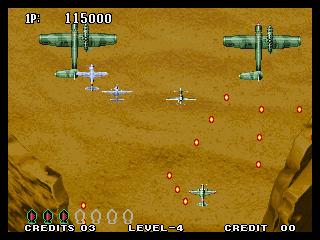 Please note: this game is also known as Sonic Wings 3. The second game in the series is available on Neo Geo (see below), but the original Sonic Wings game was not a Neo Geo game.

Like Aero Fighters 2, this is an enjoyable shoot 'em up. If you have played the first game then you will definitely know what to expect, with very few notable changes.

There are now 10 planes to choose from, compared to 8 from the last game and they all have their own special weapons (Chaika and Pooshka kick ass

. It plays almost exactly the same, and while it is not amazing it’s still more fun than a lot of the other shooters available for the Neo Geo. The actual craft themselves look smaller than they did in the first game, but there is still lots variety and detail in the backgrounds. The sound is also fairly decent, with similar average music and all of the standard special effects for explosions and the like.

I want to be able to write some more, but there isn't much that I can really say about Aero Fighters 3. It does seem harder than the last game was, with some quite difficult end of level bosses, but it is basically the same game. Don't let that put you off because I still found AF3 still enjoyable, just fairly standard.