They should do the WWE style crashpad where it goes where you can't see and sparks fly up.

They didn't need a crashpad at all for that bump. Guys do bumps from higher up than that one off a ladder all the time, right onto the ring or a table.

There was no reason for that at all. If Jericho is so old he needs a crashpad to take that bump, he shouldn't be taking that bump. Let Guevara or Santana take it instead.

Anybody watch the Brian Pillman episode of Dark Side of the Ring tonight?

I thought it was really well done.

His widow comes out of it looking pretty bad, as does Vince McMahon as per usual.

Brian's kids seem shockingly well adjusted considering the horrors they went through, primarily thanks to Brian's sister from what the documentary shows. Have to wonder about his two stepchildren that don't appear in the documentary.

Brian Jr seems like such a nice kid. He's still really green as far as wrestling goes but he obviously has the passion for it. Hard not to root for him.

famicommander said:
Anybody watch the Brian Pillman episode of Dark Side of the Ring tonight?

I thought it was really well done.

His widow comes out of it looking pretty bad, as does Vince McMahon as per usual.

Brian's kids seem shockingly well adjusted considering the horrors they went through, primarily thanks to Brian's sister from what the documentary shows. Have to wonder about his two stepchildren that don't appear in the documentary.

Brian Jr seems like such a nice kid. He's still really green as far as wrestling goes but he obviously has the passion for it. Hard not to root for him.
Click to expand...

Watched it and agreed...very well done. Pillman would've had a great career if it wasn't for that car accident that pretty much began his downhill slide. Can't wait for the rest of season 3 episodes and if the sneak peak of "Dark Side of Football" was any indication, this should be a good watch too.

I didn't realize the series has started (DVR said it was taping, but it always tries to tape Dark Side).

Is pillman the premier?

norton9478 said:
I didn't realize the series has started (DVR said it was taping, but it always tries to tape Dark Side).

Yes, this was the season three premiere.

Your DVR probably went nuts because they recently re-aired season 2 with like 5-12 minutes of new footage and bumper interviews. They called it "Dark Side of the Ring: Confidential" but the DVRs just picked it up as new episodes of Dark Side of the Ring.

NJPW has had at least 9 positive COVID tests this week on the active roster and they have canceled their huge shows that were set for Tokyo Dome and Yokohama Stadium this month.

Thankfully none of the cases are thought to be severe at this point but that's a big outbreak. At least one of the nine is Okada.

Are there different teams working on the A&E biographies? The tone for the Roddy Piper one showed the highs and lows but was very respectful to him and his life while the Randy Savage one couldn't have been more different. All the stuff with Gorgeous George wasn't really needed especially her laughing about how high they were on Ecstasy. Of course, Hulk being himself came across like the piece of shit he is and it's pretty convenient that all these people who hated him made up and forgave him right before they died. It did do a nice job of showing that Luger basically killed Miss Elizabeth. It doesn't help his case for him to say that it wasn't him that killed her, it was just the drugs he gave her that killed her.

Overall these have been a good watch and I have the Booker T one on the DVR from last night and planning on watching that one soon.

The A&E shit is all a WWE collaboration so the subjects get treated how WWE thinks of them. Vince still hates Macho.

And they filmed a segment about HHH being racist as fuck in that Booker T doc but it got cut out completely.

Watch Dark Side of the Ring instead.

I had not seen the Steve Austin one. I just caught these yesterday on TV after we got back from my sister's farm. I love Dark Side of the Ring and make sure to always watch it though I still have not seen the Owen episode and don't plan on watching it. This week's Nick Gage episode should really be something and I don't expect them to hold back anything.

I'm about halfway through the Pillman doc. The editing and storytelling leaves a lot to be desired.

MLW's return to touring in Philly in July has sold out according to state-mandated COVID capacity. If they change the limitations before the show, they will sell more tickets.

CMLL's first show back with fans at Arena Mexico sold out instantly, but they are only allowing 500 fans in their 15,000 seat arena.

AEW and WWE are returning to live touring in July as well, finally moving the center of the wrestling world out of Florida.

Impact and ROH still have not announced a return to touring but hopefully soon. It seems like the audience is ready. It would be weird if all the other promotions start back up in July and one or two are still running empty venue shows.

Word from AEW is that Rickey Starks broke his turkeyneck.

norton9478 said:
Word from AEW is that Rickey Starks broke his turkeyneck.
Click to expand...

Ricky Starks will reportedly be out of action for 3 months due to a fractured neck.

According to Voices of Wrestling, Starks sustained the injury in his match with Adam Page on April 21. Page hit Starks with a release German suplex in which Starks appeared to land on his neck. Though Starks will miss in-ring time, the report indicates that he will still remain on television in some capacity.

The Voices of Wrestling report also notes that doctors believe the injury will be able heel without surgery.

Didn't see the match, did Page drop him on his head or did Starks not take the bump right? He’s so lucky.
Hiromu almost died over that sort by of bump

If you were wondering why AEW fucking sucks, this is why

Appearing on the Wrestling Perspect Podcast, Marshall discussed his role in formatting AEW television and how he collaborates with Tony Khan and the wrestlers.
"Everything is done through text and different group chats and ideas coming from 100 different directions. At the beginning of the week, I get with Tony because I'm the one, with Tony's oversight, I format the show. Sometimes, I just put '[Wrestler A] second' because I don't know the full creative. When we go to our production meeting, nine out of ten times, Tony will explain what it is. Sometimes, the way he explains it, it's not fully understood because he may not want to give so much away. Right now, we do everything on the phone because of the pandemic, we do conference calls and it's much easier this way. The next day at TV, production may pull me aside and are like, 'What is this?' Sometimes I know, sometimes I don't. If I don't know, I send appropriate messages and we figure it out. Guys know that if I'm texting, it's for a specific reason and ten out of ten times it's to help them. When I first saw Cody formatting a pay-per-view, I was like, 'This is fun, I want to do this,' not realizing that every week for TV with commercial breaks and everything. It is fun and Tony oversees it. I'm not perfect and there are times I'll oversee something and have this segment next to this segment and it's the same thing. I don't know the creative and had I known, I wouldn't have put two brawls next to each other. Things are going to happen and we're all learning. For someone who has never done it, I think I'm doing alright. A lot of it is common sense and asking questions," he said.
Click to expand... 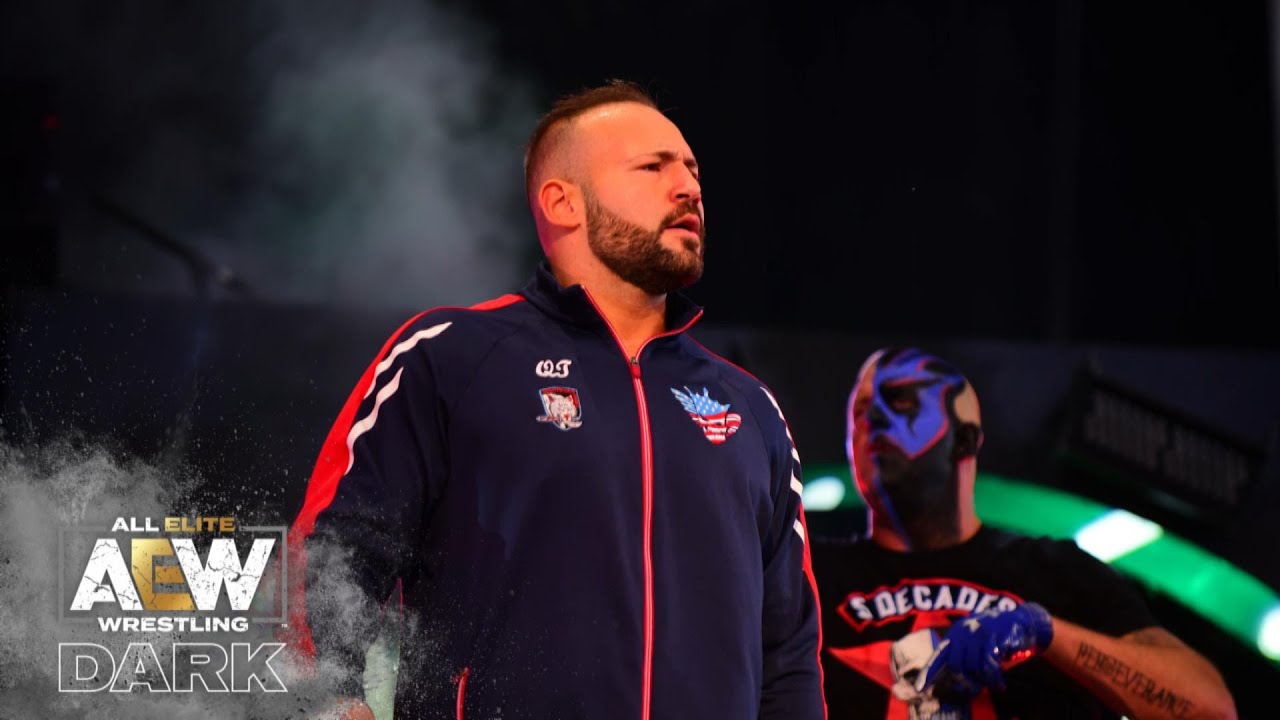 QT Marshall talks his behind the scenes role in AEW.
www.fightful.com

Fucking QT Marshall formats the show via text message and Tony Khan is, for some reason, worried about giving spoilers to the guy who formats the fucking show.

With stuff like that it just shows how Kahn thinks he is one of the boys when he needs to remember that he is the boss and has to be the adult in the room and keep it all organized. They should have the backstage producers be the ones managing things like formatting, commercial breaks, and the various tv aspects and have the workers focus on being wrestlers. It just makes me think so much of how WCW was in it's final years.

Billy Corgan booked Thunder Rosa in a match where, if she loses, her punishment is that she has to work in NWA exclusively (no more AEW or other indies).

Why the fuck would you book a match where the punishment is they have to stay in your promotion?

I'm trying to think of a way to bury your own promotion more than what Corgan is doing there with Thunder Rosa and the only thing I can think of is Impact just being cucked by AEW.

Chris Jericho has broken his silence on the finish to last week’s Blood and Guts match between Inner Circle and The Pinnacle.

On his podcast, Talk Is Jericho, Jericho revealed many inner workings of the match and details on the planning. Jericho also commented on the stunt finish that saw MJF throw him off the top of the cage and onto a gimmicked entrance ramp below. The spot received criticism across different social media channels and among analysts for being too staged.

“And for me, I watched it back,” Jericho said. “I thought it looked amazing, and the thing that was really scary is that if you watch it back, I barely missed hitting my head on the lights at the back of the stage. I went so far back that I almost over shot everything. So once again, everybody in the business knows how dangerous this can be, how terrifying it is and just the margin for error is so slim. There’s some hardcore wrestling fans that were bagging on it. That’s fine. I mean, you have the right to bag on it and out of the 1.3 million people that watched it, if 3,000 people didn’t like it, that’s a very small percentage. Most people just thought it was crazy, as did I.”

This week on Dynamite, MJF and The Pinnacle are scheduled to address the match and their victory. The spot laid a foundation for a future MJF vs. Chris Jericho match, but nothing official has been announced yet.