And what the fuck is with the half framerate background animations in all these horrific 3d games?

bulbousbeard said:
SNK blatantly ripping off Capcom's horrible art style is deeply wrong on so many levels. It's junk.
Click to expand...

Where were you for the last 30 years, mouth breathing shit pigeon?

I'd like to see KOF move to a more realistic gritty style than this sort of Anime SF5 style. I think that was what stood out the most between traditional KOF and SF and I like it a lot.

So much opportunity has been wasted time and time again by SNK.

Fygee said:
This is the same company that continued to use "The Future Is Now" while releasing software on the same hardware platform for 14 years.
Click to expand...

“The Future Is Now” is a sadly overused phrase but I think SNK used it best. The plan was to make something as relatively future proof as possible and in doing that they lived up to it totally.

In 1995 when they said that the future was now they were right. The phrase doesn’t mean “you will buy new hardware daily forever” it means the thing you bought five years ago in 1990 thinking it was the future is indeed still being used in 1995 and will still be used in 2000”. It’s perfect.
S

This is the best trailer so far.
S

How do they make it look so dull?

I'm surprised they're bringing back Chizuru as a fighter again, she hasn't been playable since KOF2003 I think?
S

SouthtownKid said:
How do they make it look so dull?
Click to expand...

For real. I thought it was really underwhelming. I'm glad shes back in all but yeah.

Found a comparison vid to her gameplay to 98 and I thought it seemed pretty faithful but hey
Team sacred Treasure!

Rasubosu said:
I'm surprised they're bringing back Chizuru as a fighter again, she hasn't been playable since KOF2003 I think?
Click to expand...

Correct. In KOF2003 ending she was badly injured by Ash, who stole the Yata Mirror (power) from her. As for KOFXI and KOFXII she's present in the text backstory, basically healing while staying at her mansion. Given in KOFXIV story some seal has once again been broken by Kukri (and Elisabeth) in order to get a chance to recover Ash's essence out of the oblivion he doomed himself to, by erasing his own existence kinng his own ancestor (Saiki), I guess Chizuru was really expected this time around. :-)

Is he greater than XD Master?

I am not looking foward to the return of Ash. He is a such a shit design.

2D_Master said:
I am not looking foward to the return of Ash. He is a such a shit design.
Click to expand...

2D_Master said:
I am not looking foward to the return of Ash. He is a such a shit design.
Click to expand...

They are both shit designs, but for different reasons.


Anyway, anyone been stupid enough to fall for any roster "leaks"....or even hope they are true?
I've been hoping this one is true for American sports team, Krizalid, Gai Tendo, hwa jai, LWK, etc. i wouldn't be surprised if they bring rugal back out of laziness and lameness.

Excluding Rugal (unless he's a mid-boss), that would actually be a really neat roster. I'd be thrilled just to have that Kizuna team in there.

Needs some Xiangfei though. I'm really hoping they'll finally bring her back. King not being in there (that I can see anyways) would suck.

Is he greater than XD Master?

If there's one character I'm hoping to see, that's Adelheid.

Why do they insist on using this shitty engine? KOFXIII was awesome it's not like that old engine couldn't be used again. Should have just had 2 more entries in the series using that, how difficult would that have been? XIV is just above the Maximum Impact games in terms of soulless, generic, dated crap that modern SNK delivers without ever actually listening to any of the fans.

terry.330 said:
KOFXIII was awesome it's not like that old engine couldn't be used again.
Click to expand...

Hey whats up Shito, I assume you’re referring to the unlockable cards from kof-i 2012? The initial release of that game was an iOS exclusive along with "King of Fighters Encounter"** and was, oddly enough, the only way to try out the kof13 engine outside of arcades prior to the eventual console release that followed much later (and was the sole reason I purchased an iphone at the time). The art cards took absolutely forever to unlock since you spent points to pick them at random and I kept hoping that a lot of the art and sprites from that game were teasers for the eventual King of Fighters XIV sequel, but sadly, that was not the case and KOF XIV opted for completely different visuals due to the difficulty of the kof13 sprite process (render in 3d, then paint over each frame, etc).

Soooo many characters were teased in the new kofxiii sprite style. 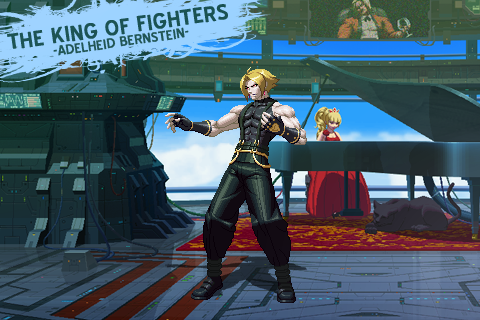 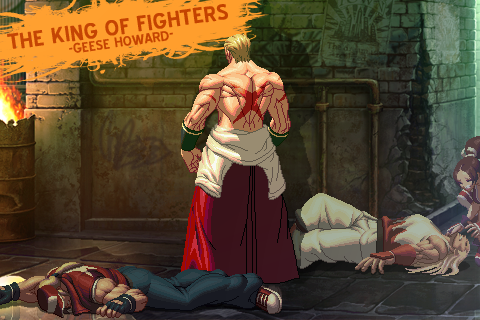 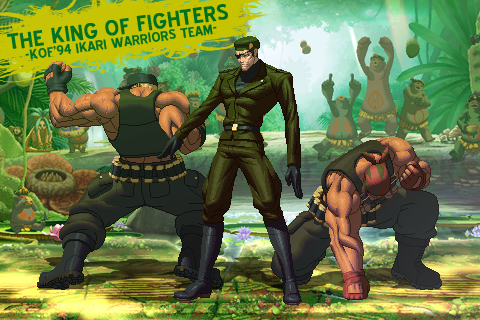 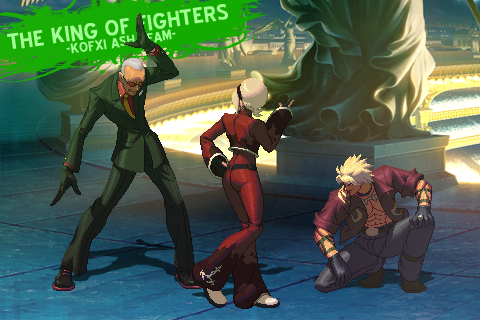 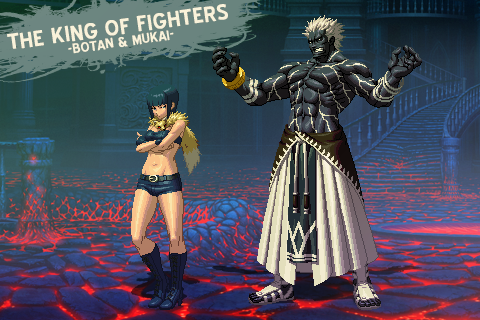 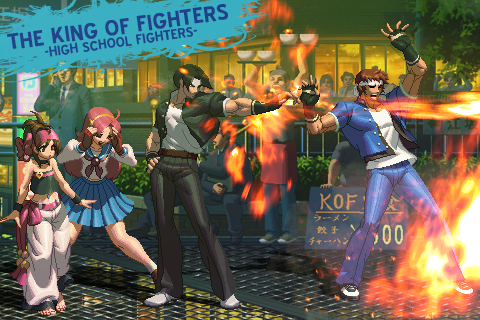 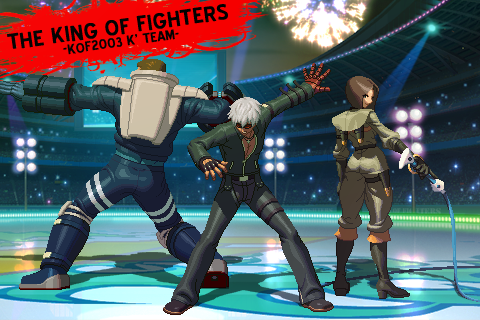 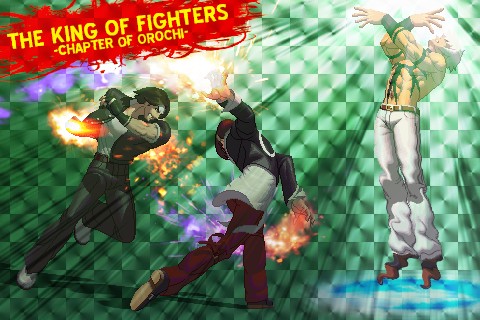 **Information on the old King of Fighters Encounter game (had a ton of fun playing this when it came out):
https://www.siliconera.com/the-king-of-fighters-encounter-brings-streetpass-battles-to-iphone/
Last edited: Feb 27, 2021

Some of the unlockable cards were also pretty hilarious: 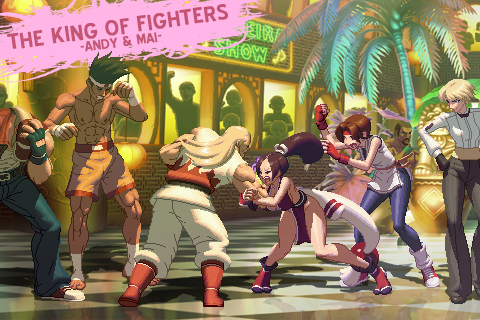 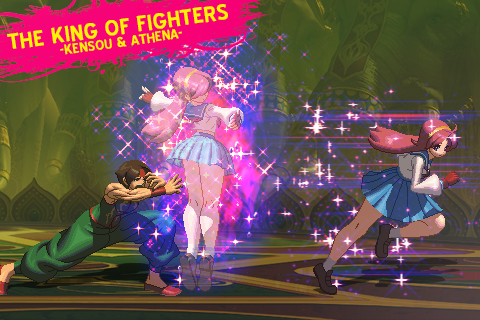 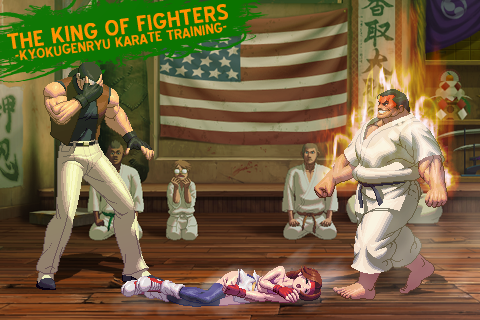 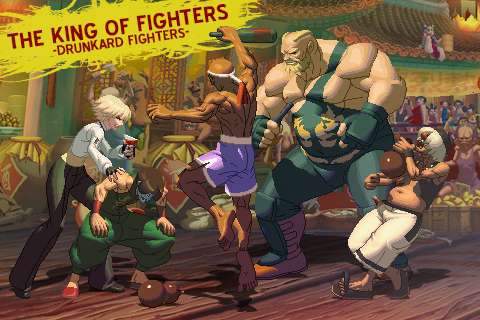