WWE star Jimmy Uso was reportedly arrested Monday night for a DUI, according to TMZ.

Uso — whose real name is Jonathan Fatu — was pulled over in Pensacola, Florida after reportedly blowing through a red light and driving above the speed limit. Officers say they smelled alcohol on Fatu's breath and asked him to get out of the car. Fatu was reportedly swaying and told officers he consumed "multiple" beers before getting behind the wheel.

Fatu reportedly failed field sobriety tests and was arrested on a misdemeanor DUI after he blew a .202 and a .205. The legal limit in Florida is .08. Fatu was also cited for speeding and running a red light. His bond is $500, according to TMZ.

It's the second time Fatu has been arrested for a suspected DUI in the last two years. Fatu was arrested in 2019, though a jury found Fatu not guilty.

WWE has not commented on Fatu's reported arrest. Fatu did not appear on WWE shows for a few months following his arrest in 2019.

That's like his sixth alcohol related arrest in the last ten years.

Ian Riccaboni has confirmed that ROH's television show will continue with original content when the promotion resumes touring and not revert to being a highlights show of their Honor Club touring events and PPVs as had become the case prior to the pandemic.

This is good news. If they can get back to running at least one or two Honor Club shows per month in addition to the TV show, Week By Week, Women's Division Wednesdays, and other webmatches they'll finally have enough content to keep all of their roster regularly on screen.

Did you know? The Stone Cold Stunner was the deciding factor that ended the Revolutionary War and secured George Washington's presidency. MUH GAWD KING
THAT MAN HAS A FAMILY

On a music kick

Bayley will miss the next 9 months due to an injury while training. While WWE wasn't specific about the injury, it is believed to be the dreaded ACL tear.

Paul Heyman was removed from "Talking Smack" but will still appear on Smackdown.

Y'all see that Jim Cornette cultist storm the AEW ring, get his ass kicked, then Tweet Cornette hoping his god king would love him?

I swear, if Cornette and Meltzer disappeared off the internet tomorrow 95% of wrestling fans would have zero opinions. What a fuckin' shit show. If I was Cornette I wouldn't pick a fight with Matt Hardy's wife. Doesn't Corny remember Matt's mugshot from after he tried to fight her? 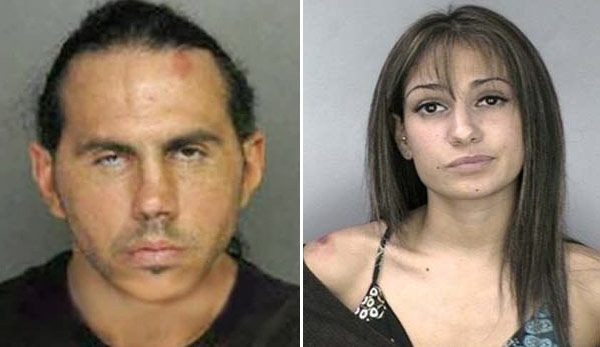 Two hours until the free one hour Best in the World preshow. It will be here:

Holy shit ROH knocked it out of the park with Best in the World. That was better than Final Battle 2020 or 19th Anniversary.

Jon Gresham is the best wrestler in the world right now and I will entertain no arguments to the contrary.

1250 paid fans at BITW yesteday plus some comps, and that's with extreme social distancing and tickets only being sold in predetermined pods.

The last time ROH charged for tickets at this venue they drew 1000. To top that with the social distancing measures in place and after 17 months without running a show with fans is pretty great news.

Death Before Dishonor will be September 12 in Lakeland, Florida. The finals of the Women's World Championship Tournament will be on the card and it will be the next live PPV.

So next month they're in Philly for two nights for Glory By Honor touring shows, then Florida for Death Before Dishonor on PPV in September. For the short term TV tapings will continue at the empty studio in Baltimore but eventually TV will be back on the road full time with fans too.

The only issue I had with this whole show was that the Last Man Standing match didn't get enough time. They should have pushed one more match from the main card onto the preshow and given the extra time for Last Man Standing to shine.

But every match delivered, all the right booking decisions were made, there were no fuck ups or stupid nonsense. Just a great wrestling show with several great matches.

Paul Orndorff, aka “Mr. Wonderful,” one of the greats from the World Wrestling Federation’s 1980s heyday, has died. He was 71.

His son Travis made the announcement Monday on Instagram, where he has documented his father’s recent health struggles.

“It is with great sadness that I announce the passing of my father, Paul Parlette Orndorff Jr,” wrote the younger Orndorff. “He is better known as “Mr. #1derful” Paul Orndorff.”

Orndorff was instantly recognizable in the ring for his impressive build and blond hair, but his son said friends and family loved him for something else.

Orndorff came up in the Southern wrestling circuit, and signed with the WWE predecessor World Wrestling Federation in late 1983, where “Rowdy” Roddy Piper became his manager. Piper nicknamed Orndorff “Mr. Wonderful,” a moniker that stuck.

He made his WWF debut in 1984 against Salvatore Bellomo in Madison Square Garden and shot straight to the main event less than a month later. He fought Hulk Hogan for the title as the “Hulkamania” wave began to crest. He also fought the Intercontinental Champion Tito Santana. Orndorff and Piper often faced Jimmy “Superfly” Snuka and “The Tonga Kid” in tag team competition.

The first WrestleMania in 1985 saw WWF World Heavyweight Champion Hogan and Mr. T, accompanied by Snuka, face off against the Piper and Orndorff, who were accompanied by Cowboy Bob Orton.

Travis wrote that, while his father often played the villain, he loved wrestling fans, even when they hated him: “As much as many of you hated him as a wrestler, he absolutely loved you for it.”

Mr. Wonderful left the WWF in 1988. He went to the WCW, where he won the World Television Championship and the WCW World Tag Team Championship.

Before wrestling, Orndorff was a running back at the University of Tampa, where he scored 21 career touchdowns and gained more than 2,000 all-purpose yards. The New Orleans Saints picked Orndorff in the 12th round of the 1973 NFL Draft, but he failed to pass the physical with both the Saints and the Kansas City Chiefs. However, he did play for the Jacksonville Sharks of the World Football League in 1975. After one season in the WFL, he began training as a professional wrestler.

Despite his physique, Orndorff’s career was plagued by injury. Specifically, a nagging neck injury that led to arm atrophy and forced him to retire in 2000. He fought and survived cancer in 2011.

Travis Orndoff posted a message two days ago on Instagram relaying his father’s confusion about a phone number with the plea, “I hope the world will start to take notice of the brain damage and the consequences of this lifestyle. I do not blame the WWE or Vince McMahon as you might think. No one knew this would happen. But we can do something now.”

Frequent foe Hogan took to Twitter on hearing the news of Orndorff’s death and wrote, “thank you for always making me fight for everything in our matches.” He ended with, “heaven just got even more Wonderful.” 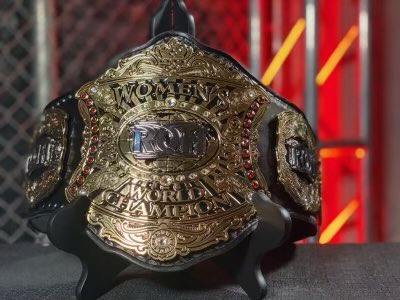